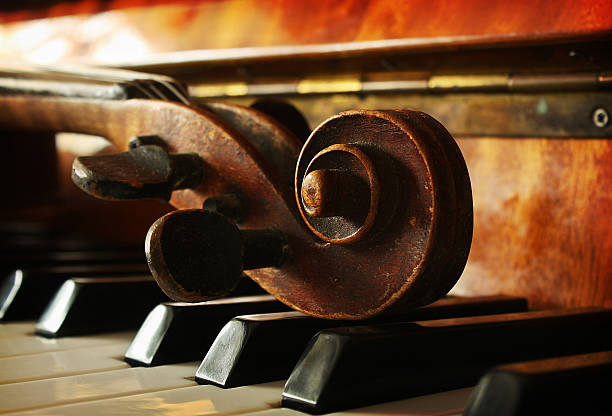 Antique violins are appreciated by musicians and collectors alike. These violins can be hundreds of years old and can sell for thousands, if not millions of dollars. These instruments are of great value because of their historical significance. There a numerous varieties of antique violins, many made by such consummate craftsmen as Amati, Stradivari, Vuillaume, Amati, Bergonzi, Guarneri, Gasparo da Salò, Stainer.The violins of these men are of great value and can sometimes be heard played by top performers in leading concert halls around the world.

Violins were first invented in Italy in the 16th Century. Some Stradivarius violins (his instruments are known by the Latin form of his name, or as “Strads” for short) are now played by top performers. Stradivarius violins were actually built by the 17th century Italian luthier Stradivari family, especially by Antonio Stradivari. Many argue that Stradivarius is the pinnacle of violins. A Stradivarius made in the 1680s, or during Stradivari’s Brescian period from 1690-1700, could be worth several hundred thousand dollars or more on auction, at today’s prices and some reproductions as with the Antonius Stradivarius cremonensis made in Czechoslovakia and Germany in the early and mid 1700s by a different maker are said to be worth between 2000 to 3000 dollars. Because only about 700 stadivarius violins are believed to exist,  they are a premier investment instrument.  Since there are many fake ones out there, the Stradivarius antique cello are authenticated.  All real “Strads” have a label that states in Latin, “Antonius Stradivarius Cremonensis Faciebat Anno” (“made in Cremona by Antonio Stradivari”) with a date at the end of the inscription.

Another famous Italian violin making family were the Amati’s who flourished at Cremona from about 1549 to 1740. Andrea Amati was one of the earliest violin makers who created the Amati family legacy. Nicolo Amati is famous for improving the Amati violin by producing instruments capable of yielding greater power of tone. In fact, Antonio Stradivari as a child, served as an apprentice to Nicolo Amati, beginning his violin making career at the young age of 11. Unfortunately, very few Amati violins are in existence today, the few still intact are preserved carefully in museums.

A contemporary of the Amati’s was Jacob Stainer. Some historians claim, that Jakob Stainer spent some time in Cremona , perhaps working with Nicolo Amati. In any event, he was probably the most important Austrian violin maker whose model influenced violin making in Germany, parts of Italy and several other countries. Stainer’s violins have a very high curvature of the back and especially the top, you can see through the F holes of a Stainer when it is held horizontally. Stainer’s varnish is also famous, it is different from the Cremonese varnish but soft and beautiful , applied carefully , and enhancing the beauty of the wood.  Stainer’s scrolls were also beautifully carved , sometimes with a lions head instead of the scroll. Johann Sebastian Bach left a Stainer violin among his prized possessions. Stainer’s instruments while comparatively rare today, however, are still cherished and can hold their own with the best of the Cremonese makers. At the end of the 18th century, collectors valued a Jacob Stainer violin four times more than a Stradivarius.