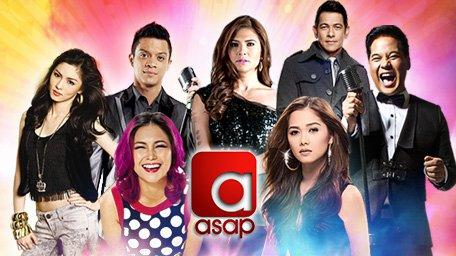 There was a time when you could bank on there being at least one Will Smith movie hitting the big screen every year, but it has been relevantly quiet on the Will Smith front since 2008. Although not in the front of the camera Smith has been busy behind it, helping produce his son Jaden’s movie “The Karate Kid”. But the good news is that Will Smith will be back infront of the camera once again when he stars in the next “Men in Black” movie, yes they are making a third one. So whilst we wait for more alien busting action here is my Top 10 Will Smith Movies to keep you entertained.

Rannulph Junnah had it all, he was a great golfer, a legend in Savannah and dated the beautiful Adele Invergordon. But having gone off to war all that changes as he returns to Savannah a changed man more interested in drinking and gambling than playing golf. In the meanwhile Adele having inherited both a golf course and debts from her father is forced to fin a way to raise some money quickly and sets about hosting the greatest game of golf ever. Having aisgned up golf legends Waler Hagen and Bobby Jones to play she convinces Junnah to play after the locals demand a local player to appear alongside the greats. Having lost his confidence and swing it seems that Junnah is destined to disappoint but when a myserious man called Bagger Vance turns up offering to caddy for him it seems that things are turning around for Junnah.

I have to say that whilst I enjoy “The Legend of Bagger Vance” it has to be said between the mysticism of the character Bagger Vance and many zen like golf sequences it is all a bit too fairytale like. But then Will Smith delivers a charming, fun, intriguing character in Bagger Vance making much of what is really a lot of nonsense into an entertaining movie.

Whilst giving chase to a criminal, James Darrel Edwards III discovers that he’s up against someone who is not human bringing him to the attention of Agent Kay who introduces him to the top secret agency MiB whose job is to control all the aliens who live on the planet undetected. Having convinced Edward’s to join this special agency, becoming Agent Jay in the act, they find themselves in the thick of things as the planet is facing destruction unless they can discover an Alien terrorist looking for ambassador’s from other planets.

Whilst the sequel wasn’t up to much the first “Men in Black” was a fun movie which not only gave Will Smith a box office success but also a chart topping song. It’s very much the sort of performance we like from Smith, delivering plenty of humour mixed in with action and with the surprise pairing of Smith and Tommy Lee Jones working so well it’s a movie which is fun from start to finish.

John Hancock is a troubled man, on one hand he has super powers and tries to use them to do goo, but he also loves his drink often leading his good intentions ending up with disastrous consequnces and a traile of destruction. But whilst trying to do a good turn by saving PR guy Ray Embrey from being hit by a train he inadvertently gets himself a new best friend who sets about improving Hancock’s public image. All of which is well and good but for some reason Ray’s wife is not to happy to see Hancock being welcomed into their home and not just because of his accident prone ways.

Right the first thing is that “Hancock” the movie is Lambingan not great, it’s like two movies slapped into one and the blend just feels completely worng. But thankfully Will Smith as John Hancock does, with Smith creating a memorable bad ass hero and delivering a few moments of comedy with a lot of action. But like the movie Smith’s performance suffers with the first half being great whilst the second less than great.

In the year 2035 technology and robots have become part of life, much to the displeasure of Detective Del Spooner who takes a dislike to every robot he comes across. When Dr. Alfred Lanning, the man credited with creating robots in their present form, is found dead, Spooner is called in to investigate what many think is a suicide. But Spooner and his technophobic attitude leads him to suspect that Lanning’s death was not suicide but was murder, committed by a robot who somehow managed to kill despite rules preventing him.

To put it simply “I, Robot” is a Will Smith movie, a futuristic serious one but also an action movie. So what we get is Will Smith delivering a pumped up performance in more ways than one with him showing off his impressive physique as he works out whilst also delivering high paced action sequences all of which has a touch of humour to them, thanks to Smith’s delivery of sarcastic dialogue. Whilst a sort of serious movie, it’s hard to take it completely seriously but Smith delivers an impressive performance.